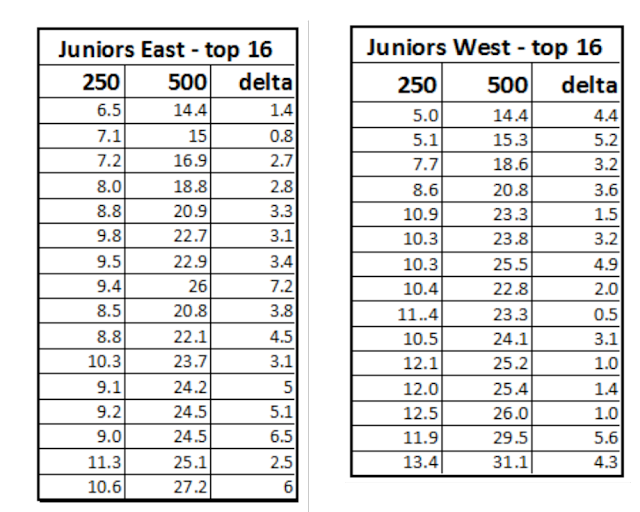 The one common denominator in all 1st place swims was the get out speed. This coupled with an ability to get home made the difference. So that much is obvious after looking at the data. The stopwatch never lies.

The question is what goes into the make-up of a swim like that? Our thinking today is fairly simple. You must have enough speed to be at the front or very close to the front. Then you must be able to finish faster than your competition. Duh... 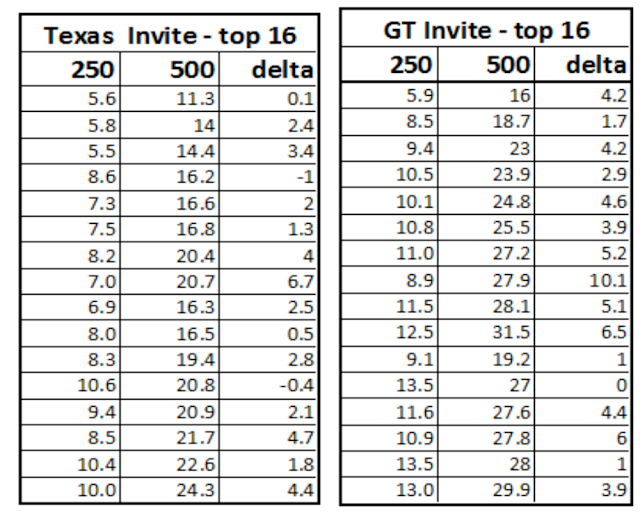 How do you train for that?  The 500 is a long sprint. You must have the physiology to do both the front and back halves. You must train for speed and plain old fashioned toughness. You must be able to withstand the agony (real and imagined) caused by early speed and the accompanying buildup of fatigue; physiologically, mentally, and emotionally.

Everyone has their own interpretation of how to do that. There are no shortcuts around the preparation for this extended effort. Anyone who is unable or unwilling (two different things) to put forth the effort is just kidding him/herself about a top level 500. 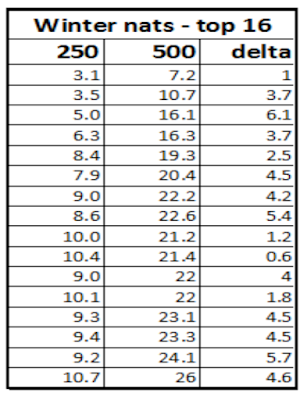